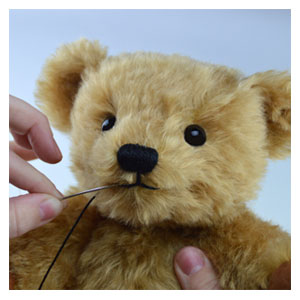 The first English stuffed bear is believed to be made by J.K. Farnell in 1906-8. Early English stuffed bears resembled their German cousins, but these early bears were not marked so they are hard to identify. Prior to World War I, English wool mills were exporting their mohair plush to Germany toy manufacturing companies. During WWI, a moratorium was placed on exports, so the mills sold their mohair to English toy making companies who proceeded to mass produce mohair stuffed bears.

J.K Farnell & Co Ltd London was founded in 1840 as a toy company and began making stuffed bears in 1906-8. For many years, J.K. Farnell Co Ltd was the most respected and influential soft toy maker in England. The superior quality of their Teddy Bears ensured that the company experienced huge success nationally and internationally. Perhaps J.K. Farnell’s biggest claim to fame is that in 1921 one of their teddy bears was given as a present to a boy named Christopher Robin. This was the inspiration for the world-famous story the character of Winnie the Pooh was based on. The company ceased operations in the 1960’s. The name Farnell was acquired by Merrythought in 1996.

Following Farnell’s success, The Dean family had been in the business of making children’s rag books since 1711. During World War I, they began making soft toys and stuffed bears. These early English bears were labelled Kuddlemee rather than with the Dean’s trademark. Two early Kuddlemee bears were two dressed bears named "Master Bruno" and "Miss Bruno". 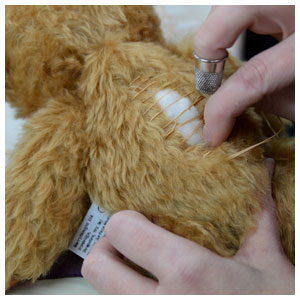 Several other companies were also involved in the early English Teddy Bear market including: Chiltern Toy Works who was famous for their Hugmee bear and Chad valley Co. Ltd. who won the coveted Royal Warrant from the Queen in 1938.

Starting as a fabric mill, in the 1930’s, Merrythought ventured into the teddy bear market. With the assistance of Clifton Rendle of Chad Valley and Henry Janisch of J.K. Farnell, owner Gordon Holmes diversifies his textile businesses by founding Merrythought Toys. Production begins at a factory owned by The Coalbrookdale Company in Ironbridge, Shropshire - the home of the Industrial Revolution (now a World Heritage Site). The company’s first catalogue was designed by Florence Atwood who designed 32 toys including the first Merrythought teddy bear ‘Magnet’ (‘M’ series). Quickly, high end retailers, such as Harrods, Hamleys and Selfridges began stocking Merrythought products. In 1949, the iconic Punkinhead or 'Punkie Bear' is created – one of Florence Attwood’s last designs and a very popular bear still avidly collected today.

Merrythought continues production, celebrates 80 years of British soft toy manufacturing, and is now the last remaining teddy bear factory in England. To this day, Merrythought still uses traditional methods and materials to produce their teddy bears, appealing to the high end of the market. The present collection includes collectible teddy bears and other stuffed animals. Merrythought enjoyed a strong foreign export business with Merrythought teddy bears being sent all over the world. 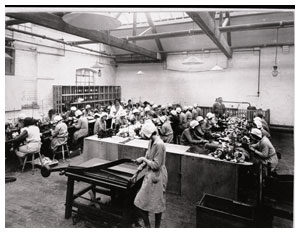 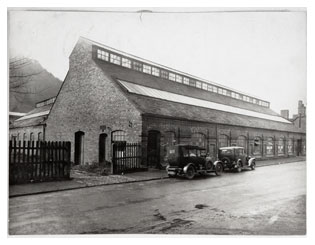