This blog post is about my favorite teddy bear. This blog post is also about the reason why kids are so attached to them and why teddy bears are healthy for you and your kids. Did you know almost half of adults have the same teddy bear the had since childhood? And did you know that some people are changing the world through an organization called Caring for Children Inc., which helps by buying kids teddy bears which turns their frowns upside down.

I have had my favorite teddy bear, Nosa, since I was two. I named her Nosa, because I had a made-up language and Nosa was one of the words. I love Nosa, because when I feel like no one will understand Nosa is there to love me. Teddy bears return no judgement. Nosa was given to me by my brother for Christmas. I take her with me on vacations, the car, and mostly anywhere. After Nosa, I had many other stuffed animals including, a bunny, teddy bears, octopuses, and many more. Recently, I have a teddy bear named Sammy, a panda named Mr. Jumbo, a deer named Dawn, and Nosa. Nosa is important to me because she seems to listen to everything I say and is a great friend.

Teddy bears are good for kids, because they reduce anxiety and stress. Children get attached to teddy bears, because they provide comfort. When starting school, many kids do not want to leave their mother, so many kids love having a teddy bear around because the teddy bears provide satisfaction and ease. These are the reasons why children cannot bear to leave their teddy bears. They are also used for channels of expression. Kids feel more comfortable talking about their emotion to a teddy bear than being asked the question directly. Studies have found that forty percent of adults still have their favorite stuffed animals. Many of these adults have the same teddy bear since childhood. There is no age limit on teddy bears!!!!!!! 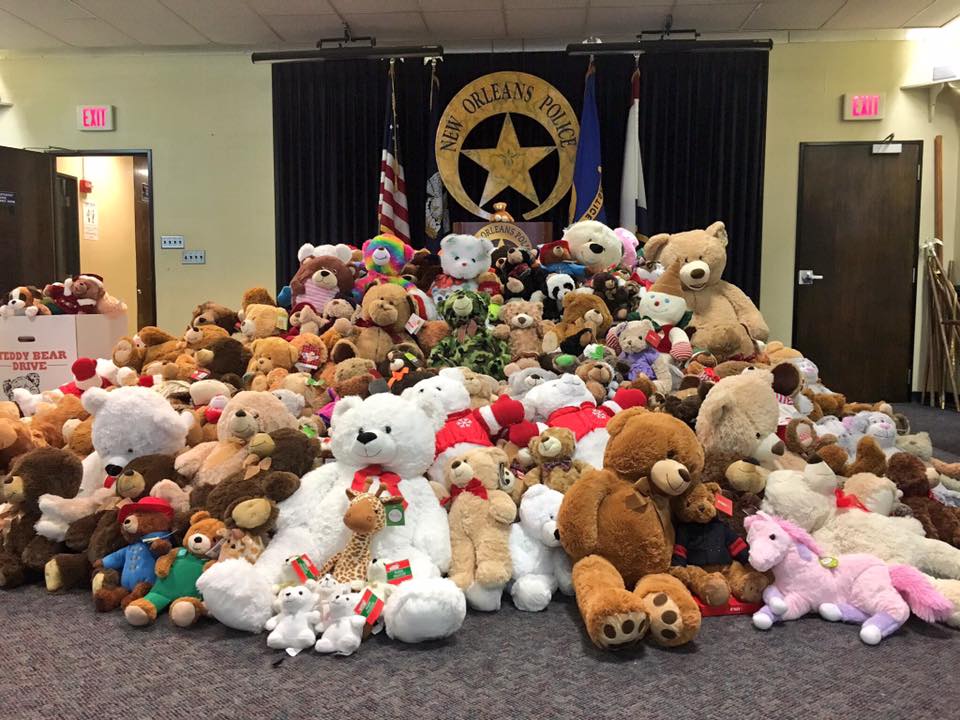 The New York City Police Department has been supplied with Teddy bears for kid who have been offended by abuse, injury, or a death in the family. It is a six-month program. The San Francisco and Seattle police departments have similar programs whose purpose is to comfort a child as well as form a bond between the child and the officer. Sargent Nelly Torres, commanding officer of the Sex Crime Liaison Unit of the city stated, ''It's a way of hugging a child without physically hugging him.'' She also said that the bears also make the situation easier for officer who wanted to hug the kids, but where denied by the kids in their fear and danger. The bears are offered to children under the age of eleven with permission from parent or guardian. A non-profit organization called Caring for Children Inc. deals with defending mental health. They work in police departments and social-service agencies to assist workers who deal with frequent contacts with abused children. The agency has donated 4,000 bears to San Francisco and will be donating another 1,000 to the Los Angeles Police Department. The owner of The Caring for Children Inc., Samantha Grier, states that. “It is not a toy, it is a therapeutic tool. It gives the child the impression that somebody cares.”

Samantha Grier has also helped Syrian children. She saw photos of Syrian children in refugee camps and wanted to help them. But she wondered, how can a person help people on the other side of the world? The kids in the pictures reminded her of her neglected and lonely childhood. Her father and mother were mostly away. Grier was often left home with her only companion being a black-and-white teddy bear named Gookie which provided her comfort and companionship when she was lonely. Now nearly seventy-five years later, Grier has sent 5,000 teddy bears to Syrian refugee children in Jordan through an organization that started in 1986 (Caring for Children Inc.). Many of these children feel neglected or lonely. Some kids wish they had a friend. Others are affected by abuse or injury. The teddy bears make these children happy. Many children are being affected in many ways and sometimes they just need a cute little plush friend to cheer them up.

So, as you can see, a teddy bear is more than just a bunch of fluff. He becomes a person’s best friend who never judges or abandons. They are there just to love!!!